And so we pause…

These latest thirty #1 records represent perhaps the richest vein of pop music ever to have been hit upon in this country. Much of 1961 and ’62 was spent drilling different holes – occasionally coming up with a beauty (The Tornados); largely hitting a lot of bland MOR (Cliff, Frank Ifield.) But one day, in April 1963, the motherlode was discovered. Merseybeat.

This is the Merseybeat recap. The most homogenous sounding bunch of chart-toppers we are ever likely to meet. Young guys with guitars singing perky songs about falling in love, holding hands and getting into something good. It started with a triple whammy – a call to kids across the land – as Gerry & The Pacemakers and The Beatles arrived at the top of the charts. The Searchers, Billy J. Kramer, The Tremeloes and The Dave Clark Five all soon followed. That stretch, from April ’63 through to the summer of ’64 is probably the most consistent sounding year in UK chart history, one beat-pop number followed by another, with few exceptions and very few duds. 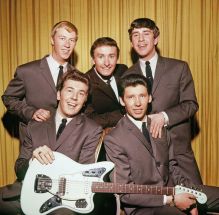 It’s definitely the strongest bunch of #1s yet, and it’s been very hard to pick which ones are merely great and which ones are utterly transcendent. Classics like ‘From Me to You’, ‘I Like It’, ‘Glad All Over’, ‘Do Wah Diddy Diddy’, ‘Have I the Right?’ and ‘I’m Into Something Good’ – which might have made the ‘Best Of’ at any other time – will have to just get left by the wayside. Whole chart-topping careers, those of Billy J., The Searchers, The Pacemakers and Cilla Black, have come and gone in a blink of an eye. For so long we plodded through mediocrity; now we wish things could slow down a little.

Of course, nothing that good can last forever, but I was surprised by how quickly the Merseybeat wave came, conquered and then receded. By July 1964, a harder sound had arrived at the top courtesy of The Animals and The Rolling Stones (Yes, we met the Stones for the first time! What should have been a headline becomes a footnote thanks to the brilliance of those around them.) Beat pop has slowly started to fragment in recent months, into full on rock (‘You Really Got Me’), rhythm and blues (‘It’s All Over Now’), experimental electro pop (‘Have I the Right?’) and easy-listening with a hint-of-Beat (‘(There’s) Always Something There to Remind Me’.) 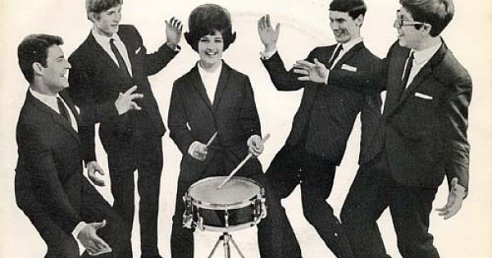 Out of the last thirty-one #1s, I can count only seven outliers. Seven discs that haven’t fit the Beat-pop/rock bill. Cilla’s two proto-power ballads, the best of which was ‘You’re My World’, The Pacemaker’s weird showtune swansong ‘You’ll Never Walk Alone’, a couple of leftovers from the previous era in Elvis’s ‘(You’re the) Devil in Disguise’ and Frank Ifield’s final, and most pleasing, #1 ‘Confessin’ (That I Love You)’. And, of course, the return of Roy Orbison. The Roynaissance. ‘Oh, Pretty Woman’ was the sound of him meeting the Beat-revolution halfway; but his earlier comeback #1, the dramatic and operatic ‘It’s Over’, sounded completely out of place, and all the better for it.

Which leads me to the latest ‘WTAF’ Award, and a truly tough decision. Do I award it to The Big O, for ‘It’s Over’, or to Gerry & The Pacemakers for the bizarre, and perhaps fatal, decision to record a version of ‘You’ll Never Walk Alone’? I’m going to edge towards The Pacemakers – ‘It’s Over’ merely sounds out of place thanks to its surroundings; in the career of Roy Orbison it makes complete sense. Whereas I’m not sure anyone saw ‘YNWA’ coming. Still, it probably gets played ten times more these days than ‘I Like It’, and it means Gerry and the lads get a nice windfall any time Liverpool win a big match.

Choosing a record to crown as both ‘Meh’ and the Very Worst Chart-Topper is also a tough decision. There simply haven’t been enough terrible records to go around. It’s basically a straight shootout between The Bachelors ‘Diane’ and The Four Pennies ‘Juliet’. Two landfill Merseybeat records, cashing in on the day’s signature sound to make bland MOR; two records named after girls. I’ll give the ‘Meh’ Award to ‘Juliet’ and the Very Worst Chart-Topper to ‘Diane’, as The Four Pennies were merely boring, while I feel there was something sinister in The Bachelors perverting Merseybeat into a record for grannies. Like when Pat Boone released his metal-covers record, or when Tom Jones did Prince…

Before we settle what was the best of the best, one thing that did surprise me as I covered the past thirty-one chart-topping discs was that only three of them were recorded by Americans. Roy Orbison, of course, and one Elvis Presley, who you may remember from previous recaps. Back in my first recap, during the pre-rock days, I commented on how few British acts there seemed to be, and how the big US stars of the day – Kay Starr, Perry Como, Eddie Fisher et al – were bringing the glamour to bombed-out, over-rationed Blighty. Well, ten years on and much has changed. The Brits are the cool ones – it was they who were invading the Billboard Hot 100 across the Atlantic. Except, they were doing so with American-written songs. All The Searchers’ #1s were originally recorded by US vocal groups. Cilla and Sandie Shaw hit big with Bacharach and David numbers. ‘Do You Love Me?’ was a Motown number, while ‘I’m Into Something Good’ was written by Goffin and King. An interesting footnote to the British Invasion.

To the crème de la crème, then… The 6th Very Best Chart-Topper award. I’ve narrowed it down to a top five. ‘How Do You Do It?’, by Gerry and the P’s, for kicking this whole shebang off. Then The Animals, for announcing the end of Merseybeat a year later with the deep-throated, bluesy ‘The House of the Rising Sun’. They’re joint fourth. 3rd place goes to ‘You Really Got Me’ – in which the Kinks invented garage rock, power-pop and, oh yes, heavy metal – and generally grabbed us all by the bollocks and kicked us up the arse. Runner-up goes to the sublime ‘Needles and Pins’ by The Searchers – a moment of sad-pop melancholy in amongst the frenzy. I really wish I could argue a case for this being the very best but… I can’t. Not when The Fab Four are looking on. 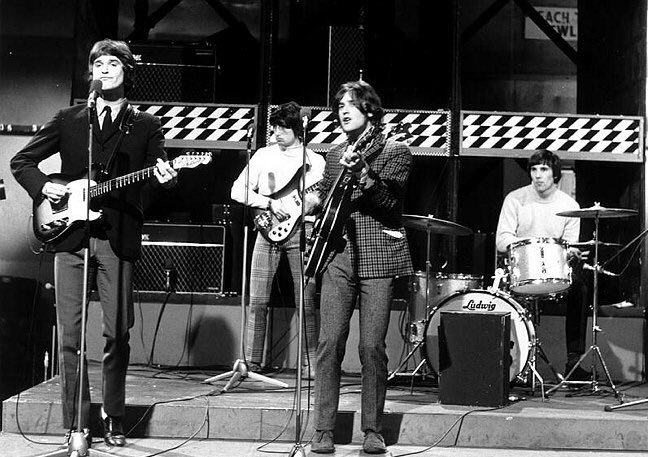 Yes, five of the past bunch of chart-toppers were by The Beatles, with a further two written and donated to other acts by Lennon & McCartney. All of which were good-to-great #1s. (Sorry to disappoint, but I won’t have too many bad words to say about any of their seventeen chart-toppers.) One though, stands out above the rest. The one hundred and fifty seventh UK chart-topper, and the moment the world realised that they were in on something spectacular: ‘She Loves You’. Yeah, yeah… Yeah!

To recap the recaps, then:

The next thirty will take us from the tail-end of 1964 through to early ’66, and I doubt there will be anything like as clear and definable a ‘sound’ to the coming months. Popular music will continue to fragment. Starting with a brand new first at the top of the UK charts. It’s Motown, baby!