Growing up, the two things that I knew about Cilla Black was that she presented ‘Blind Date’ on a Saturday night (a program I wasn’t allowed to watch as a child, due to my mother’s long-held distrust of ITV) and that her real name was Cilla White.

As I got older, and all teenage, it would have been harder to think of anyone less cool than Cilla Black. She hung out with Cliff Richard, campaigned for the Tories, and had her hair set in a perfect early-nineties bouffant. Years ago I stumbled across a forum in which BA cabin crew posted horror stories about serving Ms. Black (always ‘Ms. Black’), how she would only sit in seat 1A, only drank a particular champagne, and would make her demands known only through her PA… (although, are you even a real celebrity if cabin crew don’t have a few bad things to say about you…?)

The one thing I didn’t know Cilla Black for, really, was the thing that started her off on her career of matchmaking and terrorising cabin crew: her singing.

While her hit-making career didn’t last too long, the two chart-toppers she had in 1964 are both excellent ballads interpreted very well, by a very young woman. The first – ‘Anyone Who Had a Heart’ – a Bacharach & David number that stands as the highest-selling single of the 1960s by a British woman.

I love the way, in that performance, how she starts off simply, quite unspectacularly, before dropping an octave and letting loose. Then a few months later came ‘You’re My World’, an Italian melody with English lyrics. Both these hits stood out, when I wrote about them for this blog, because they stood out so much from Cilla’s contemporaries, the Merseybeat bands, and in particular her Cavern Club mates, The Beatles (who are in the audience for the performance below).

She would continue to have hits as the sixties went on, though no further number ones. I can’t claim to be the biggest expert on the later musical career of Cilla Black (and I will happily take recommendations from those who know better), but if I can choose one more video to embed, it would be her final UK Top 10, a #3 from 1971: ‘Something Tells Me (Something’s Gonna Happen Tonight)’.

Following this the hits dried up, although she kept on recording music even after reinventing herself as the 1980s/1990s go to woman for Saturday night ‘trash’ TV. (My mother’s words, not mine…) On this, the fifth anniversary of her death then, it is worth remembering that Cilla Black was, first and foremost, a lady who could hold a tune, and whose musical achievements have been slightly overshadowed by what came next. 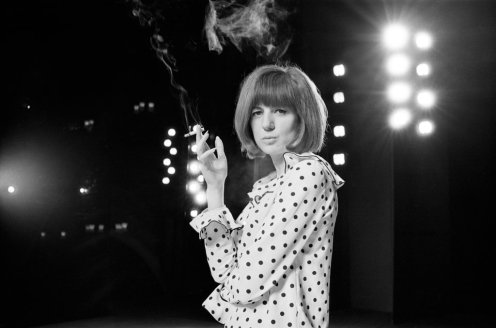