Usually one of our recaps is summed up by the ‘sound’ of the previous thirty chart-toppers. This recap, though, really doesn’t have an all-encompassing sound. We’ve been pinging around all over the place for the past couple of years. What sums up this thirty is the world outside the charts – the end of the sixties, the death of the hippy dream, Vietnam and Nixon, the Beatles’ split… All of which has fed into what we’ve been hearing at #1.

Perhaps this is best summed up by the three number ones during the summer of ’69. Two years previous it had been ‘All You Need is Love’, and ‘San Francisco’; now we got the final call towards a hippy utopia (‘Something in the Air’) before being dragged back down to earth by Zager & Evans’ terrifying visions of the year 2525. And in between those two we had The Rolling Stones doing what the The Rolling Stones do best, some low-down sleazy rock ‘n’ roll, consoling us with the knowledge that the world might be going to shit but we still have the Stones. (Hell, that still applies in 2020.)

Actually, ‘Honky Tonk Women’ was their final #1 – we had to bid them farewell. As we did The Beatles, who bowed out with ‘The Ballad of John and Yoko’. It feels strange to think that this recap still includes The Fab Four, such is the distance we’ve travelled since then. In fact, this recap also includes the first solo chart-topper by a Beatle: George Harrison’s ‘My Sweet Lord’. Plus, we had an Elvis record at #1 again! And with the soaringly cheesy ‘The Wonder of You’ he became the first act to score chart-toppers in three different decades. 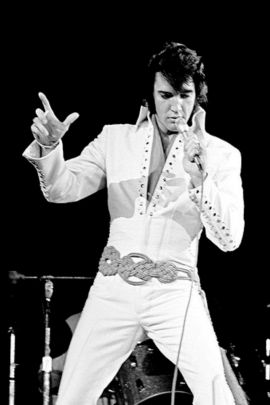 Like I said, it’s been a couple of years that have veered wildly, from pillar to post. From ‘Dizzy’, to CCR predicting the end of the world in ‘Bad Moon Rising’. From the uber-bubblegum of ‘Sugar Sugar’ to the granite tones of Lee Marvin. There’s been a backbone of great pop, though: ‘I’ll Never Fall in Love Again’, ‘Love Grows (Where My Rosemary Goes)’, ‘In the Summertime’ and ‘The Tears of a Clown’ all worthy of mention but not quite worthy of an award.

There have been plenty of outliers too, to keep things interesting. Which means awarding the latest WTAF Award will be a decision to ponder. There was alleged live, recorded sex (!) from Jane Birkin & Serge Gainsbourg, Rolf Harris riding the war-theme with ‘Two Little Boys’, a letter ‘Back Home’ from the England World Cup Squad, and Clive Dunn sitting all alone in his rocking chair, thinking… Plus the aforementioned Lee Marvin (with Clint Eastwood on the ‘B’-side!), Zager & Evans, and the bizarre-but-brilliant ‘Double Barrel’. But, for the terrifying imagery and the genuine feeling of impending doom… I’m awarding it to ‘In the Year 2525 (Exordium and Terminus)’. 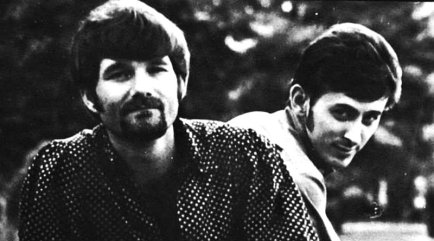 It’s much harder to name a ‘Meh’ Award winner, for the record that struggled to make much of an impact because, to be honest, most of the past thirty songs have made an impression, for better or worse… I could give it to our most recent #1, Dawn’s ultra-cheesy ‘Knock Three Times’ but, I can’t lie: I was humming that in the kitchen this morning… No. One record stands out for me not being able to really remember it: Matthews’ Southern Comfort, with their cover of ‘Woodstock’. Pleasant, but completely unmemorable.

Although, ‘Woodstock’ does tie into what I was saying at the start about the charts beginning to reflect the wider world. That last Beatles’ #1 literally documented the end of the Beatles (it was quite meta, if you think about it), while I count two #1s about the end of the world, two about war, two related to Woodstock, one to the World Cup, two with fairly overtly religious themes, and one in which an old man contemplated his own mortality (see, even the novelties were thought-provoking this time out…)

However, in the early months of 1971, a new ‘sound’ finally emerged, one of the seventies own making. ‘Spirit in the Sky’ had hints of it, as did ‘I Hear You Knocking’. But with Mungo Jerry’s outrageous ‘Baby Jump’ and then T. Rex’s ‘Hot Love’ hitting the top – Glam Rock has arrived! It’ll dominate the next thirty number ones, and I can’t wait…

To the big two awards, then. What was the worst chart-topper of the past couple of years? I could do the big build-up, teasing a few sub-standard number-ones before WHAM! announcing a left-field winner. But, to be honest, this time it wasn’t much of a contest. Dana, my dear, step forward and accept your award for ‘All Kinds of Everything’. A toe-curlingly bad song about seagulls and lollipops and lots of other stuff I don’t care to remember. It’s our latest Very Worst Chart-Topper. 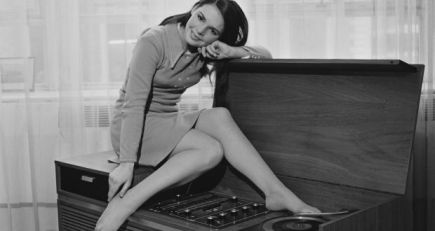 And the best? Thankfully, there’s a whole load of competition this time. One song that I have to get out the way first is ‘Band of Gold’… I had no idea how highly-regarded that song is. It’s on all kinds of ‘Best Songs Ever’ lists. I mean, it’s a great Motown-sounding song, but it’s not going to be my Very Best Chart-Topper. There’s also T. Rex’s ‘Hot Love’. I love T. Rex, but I can’t do any more than really, really like ‘Hot Love’, and would be awarding it for reasons beyond the song. Plus, they’ve got three more #1s to come so there’s every chance that they’ll be winners in my next recap.

I’ve got it down to three. And I’m smiling as I write this, like King Joffrey at a beheading, because I know deep down what I’m about to do. In the blue corner, Simon and Garfunkel’s ‘Bridge Over Troubled Water’. In the red corner, the Jimi Hendrix Experience with ‘Voodoo Chile’. And in the green corner (this is a triangular wrestling ring)… ‘Baby Jump’, by Mungo Jerry. Simon and Garfunkel are there because I feel obliged to have them. They are the dweeby kids my mum has forced me to invite to my birthday party. ‘Bridge Over Troubled Water’ is an amazing, epic piece of music… But I just can’t love it like I should. It’s out.

‘Voodoo Chile’, in terms of sound, is one of the most forward facing, exciting, swaggering records to have ever topped the UK singles chart. It is a better song than ‘Baby Jump’, I am under no illusion (as is ‘Bridge…’) BUT. ‘Voodoo Chile’ was a song from 1968, re-released because Hendrix had died. I’m eternally grateful that it did get a week at #1, but it did so in the wrong decade, under special circumstances… Which means, in all its belligerent, crunching, leering, drunken beauty, Mungo Jerry’s house party from hell ‘Baby Jump’ is the winner! Hurrah!

(Hey, I spent the entire last decade very sensibly naming all the classics, your ‘Satisfactions’ and your ‘Whiter Shades of Pales’, as my Very Best Chart-Toppers. Allow me a moment of indulgence!)

To recap the recaps:

The ‘Meh’ Award for Forgettability:

The ‘WTAF’ Award for Being Interesting if Nothing Else: