The seventies’ second number one… is not what I was expecting. Not by a long stretch. 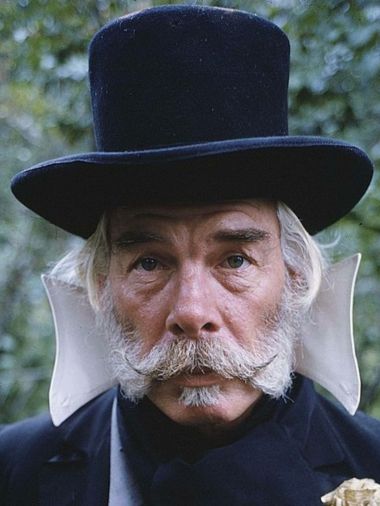 For a start, it’s got one of the longest intros to a number one single, surely, ever. A gentle, countryish rhythm, some horse hooves clip-clopping, and lots of humming. For a full minute and fifteen seconds. They hum through an entire chorus and verse! Apparently the radio-edit was shorter, but it seems that the single version was the full four and a half minutes, with the added humming. I can’t find a shorter version anywhere.

Finally the vocals come in. And my, what a voice. Chiselled straight from granite, like a statue come to life. A series of deep vibrations, rather than actual words. I… Was born… Under a wand’rin’… Star… The singer is a traveller, one born to roam. Wheels are made for rollin’, Mules are made to pack, I’ve never seen a sight that didn’t look better lookin’ back… Harmonicas trill in the background, while the slight rhythm carries, and on. The wagon keeps headin’ west…

‘Wand’rin’ Star’ is a showtune, that much is clear from the first listen (it’s the backing singers that give it away) and Lee Marvin an Oscar-winning actor. He sung (whispered, grunted, grumbled… I can think of so many better verbs for his performance than plain old ‘sung’) this in the character of Ben Rumson, a gold prospector, in the movie version of ‘Paint Your Wagon’.

To be fair to Marvin, he perks up a little in the verses. I especially like the third, in which he appeals to anti-social people everywhere: Do I know where hell is? Hell is in ‘Hello’… Heaven is ‘Goodbye’ forever, It’s time for me to go… He’s happiest alone, heading somewhere new. Home is a place best dreamt of. There’s something quite romantic in the song’s cynicism.

In the following chorus, he lets the final ‘star’ flop out of his mouth, as if he’d like to go back to sleep, and you presume that’s that. But no, the song keeps plodding along, Marvin keeps chewing his tabaccy. It’s almost a lullaby – parents of the time could have used this record, and Marvin’s spectacularly sonorous voice, to get their babies to sleep.

‘Wand’rin’ Star’ could have been a hit in the early-fifties, for someone like Frankie Laine. That’s the kind of territory we’ve temporarily slipped back into. The musical version of ‘Paint Your Wagon’ did debut in 1951, in fact, though the movie version had been released just the year before this single hit #1. It is apparently a ‘not very good film’, though one I’ve never seen, which didn’t make a lot of money. The soundtrack, though, made up for it. If you’ve ever wondered what Clint Eastwood would sound like singing a song called ‘I Talk to the Trees’ then check it out (he’s got a surprisingly light voice!)

Lee Marvin stuck to the acting after this, never releasing another single. Which means we’ve had two one-hit wonders in a row! He passed away in 1987, with full military honours thanks to his service in WWII. To be fair: an Oscar, a #1 single, several military medals… a life well-lived. ‘Wand’rin’ Star’ has an equally interesting postscript, including a cover version by Julian Clary (if you don’t know who he is then please, please follow this link) and being played at Joe Strummer’s funeral.

Leave a Reply to The Hinoeuma Cancel reply