We round off 2019 with the final number one from 1967. Top of the charts fifty-two years ago today was… 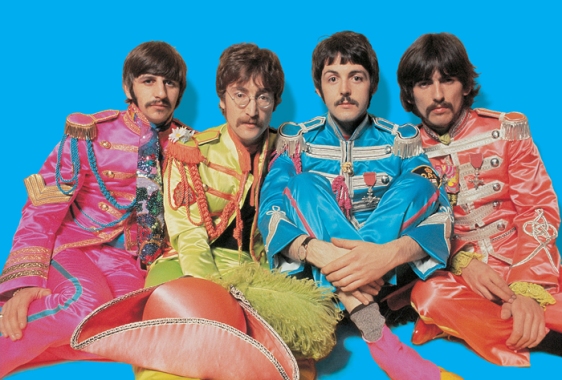 Hello, Goodbye, by The Beatles (their 13th of seventeen #1s)

… of course it was. Who else? (As a kid, listening to ‘Pick Of The Pops’ on Radio 2, we’d always have a contest in the car to guess who would be number one. And if it was a chart from the sixties I’d always guess The Beatles because, well, the odds were with you.) And, speaking of being a kid, ‘Hello, Goodbye’ was one of my first favourite Beatles hits. But, to be honest, it’s appeal has faded as the years have gone on, and as I’ve gotten older and more cynical.

You say yes, I say no, You say stop, And I say go, go, go… Oh no… It’s a song that explodes into life – no waiting around. You say goodbye, And I say hello… A song about an argument, about two people that are deliberately disagreeing with one another. One says ‘high’, the other says ‘low’. So on and so forth. It’s tempting to read into it – is it a seemingly nonsensical, childish pop song documenting the start of the slow break-up of the world’s biggest band…? Or a glimpse into the marriage of Paul McCartney and Linda… Actually no, that theory is dead in the water – they didn’t marry until 1969.

McCartney did write this one, which I think is probably quite obvious. It’s got that slightly irritating chipper-ness to it that shows up more often in his solo work, once John wasn’t around to check his worst impulses. Lennon reportedly didn’t care much for ‘Hello, Goodbye’, and pushed for ‘I Am the Walrus’ to be released instead. If only… (‘Walrus’ was the B-side.) 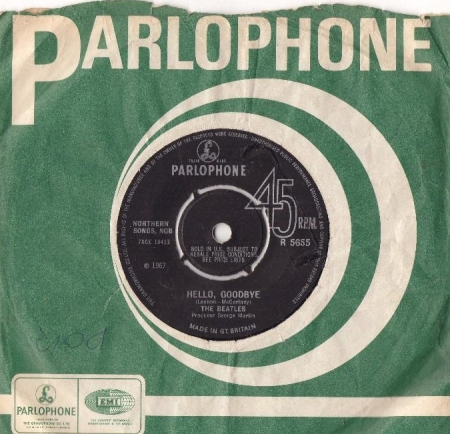 But, but, but… I’m making it sound as if I hate this record, when I don’t. Beatles’ ‘average’ is still pretty good. I like the backing vocals, which remind me of ‘Help!’ in the way that they sing different lines to the lead, and the reverb on the Why-why-why-why do you say goodbye-bye-bye-bye… And Ringo’s drumming is great on this. The outro, though… The Hare Krishna-ish Hey-la-hey-bah-hello-ah… Nah. Not for me.

Perhaps this is the Beatles playing it safe, worrying that they had spooked people too much with their much more avant-garde stuff: ‘Eleanor Rigby’, ‘Penny Lane’, ‘Strawberry Fields’ and ‘All You Need is Love’. Playing it safe with a huge Christmas hit – their 4th Xmas #1 in five years. It’s just that, for the first time in ages, a Beatles song doesn’t feel like a step forward.

But, what do I know? ‘Hello, Goodbye’ gave The Fab Four their joint-longest run at the top of the charts, tied with their debut #1 ‘From Me to You’. (It has to be mentioned, though, that charts were often repeated for a week over the Christmas and New Year holidays in those days.) It’s also fitting that 1967 ends with a blockbuster number one. It’s been a quick year to get through, with lots of long runs at the top from Tom Jones, Engelbert, Procol Harum and now The Beatles. It’s one of the very few years in chart history where every single #1 stays there for longer than one week.

It’s also fitting that I end 2019 by thanking everyone who has read, liked and commented on this blog over the past twelve months, and wish you all a very happy new year. See you all on the other side… 1968 awaits!