Just when you were thinking that we hadn’t heard from him in a while, along comes Elvis with his 4th (fourth!) number one single of the year. I’m not sure when he was first christened ‘The King’, but this is definitely the period in which his reputation as the biggest-star-that-ever-was-and-ever-will-be was confirmed. I recently stuck him up as the header image on this blog’s homepage because, well, he was the UK singles chart between 1960-62. 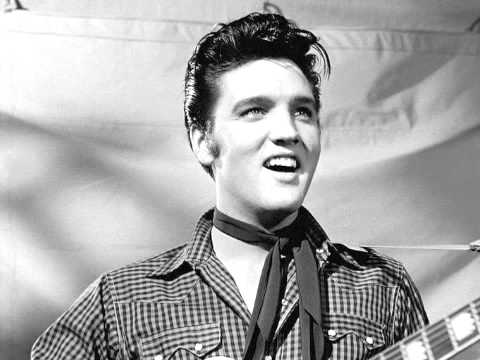 Little Sister / (Marie’s the Name) His Latest Flame, by Elvis Presley (his 9th of twenty-one #1s)

And while a large contributor towards the making of said reputation is the fact that he could release any old shit and watch it soar to the top of the charts (*cough* ‘Wooden Heart’ *cough cough*), this is not such an occasion. Elvis’s 9th #1 is a record worthy of note.

First, though, some housekeeping. To me, ‘His Latest Flame’ is the more famous of these two songs – the ‘main’ side of this particular double ‘A’. It featured on my first ever Elvis Greatest Hits whereas ‘Little Sister’ didn’t. But the Official Charts company lists the latter first, and on the record sleeves of the time ‘Little Sister’ is presented as the main event. Let’s tackle that one first, then, shall we…

Lil’ sister don’t you kiss me once or twice, Then say it’s very nice, And then you run… It’s a ‘dangerous woman’ type of song – the same kind of lyrics we’ve seen crop up recently in ‘Please Don’t Tease’ and ‘Temptation’. But the plot thickens. Lil’ sister don’t you do what your big sister done… Oh Elvis, you dirty, dirty dog.

Big sister, it turns out, ran off with one Jim Dandy while El was buying candy (seriously) at the county show. She’s mean and she’s evil, Like that lil’ ol’ Bo Weevil, Guess I’ll try my luck with you… I mean, yeah. It is 1961, after all. It’s tongue -in-cheek, it’s forgivable.

At least, it’s forgivable until the final verse. That’s where things get creepy, and we begin to wonder at the age-gap between the sisters… Well I used to pull your pig-tails, And pinch your turned up nose, But you’ve been a-growin’, And baby it’s been showin’, From your head down to your toes… And you can tell by the way Elvis lingers over that last line he ain’t just talking about her height. 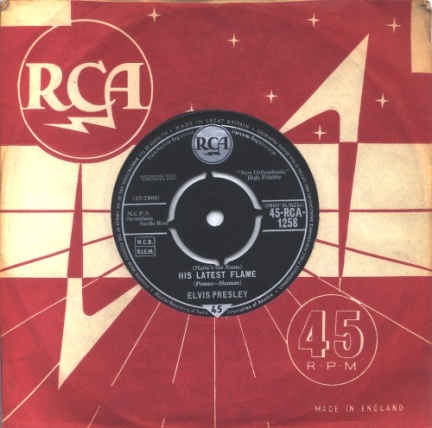 Still, dubious verses aside, it’s nice to hear Elvis rocking again after all the ballads and the operatics and the lederhosen that have plagued him since his post-army comeback. And – heavens be praised – he keeps it up on the flip side of the disc with a riff that’s even more recognisable.

Dun-da-dun-da-dun…dun-dun, Dun-da-dun-da-dun…dun-dun… The Bo Diddley riff. Used most famously by Bo Diddley, obviously, but also on rock ‘n’ roll standard ‘Not Fade Away’, and now this. The riff follows us, steady and unchanging, as Elvis unfurls his tale of heartache. A very old friend, Came by today, Cause he was tellin’ everyone in town, Of the love that he’d just found, And Marie’s the name, Of his latest flame… His friend talks and talks of his new found love, of her beautiful eyes and long dark hair – Elvis has to just suck it up and smile. It’s a familiar theme given a nice twist. In hearing of his betrayal second-hand, from ‘a very old friend,’ the sense of heartbreak is heightened.

It peaks in the bridge – the only part of the song that breaks from the Bo Diddley riff: Though I smiled the tears inside were a-burnin’, I wished him luck and then he said goodbye, He was gone but still his words kept returnin’, What else was there for me to do but cry…? You can hear the suppressed heartache in Elvis’s voice. It’s not a song that requires much effort, not his most technically challenging vocal performance; but he sells it. The King sells whatever he’s singing. He could sing the phonebook and sell it.

This is my favourite post-army Elvis #1 so far, on a par with his fifties chart-toppers ‘One Night’ and ‘All Shook Up’. I’m in good company on this, too – ‘(Marie’s the Name) His Latest Flame’ is a favourite of punk and alternative bands who want to ‘do Elvis’. Even The Smiths (not a band I’ve ever been able to love, but still) covered it in the eighties, with Morrissey claiming it to be his favourite Elvis song, period.

I started this post by mentioning that fact that this was Presley’s fourth chart-topper of 1961. Take a moment to appreciate this, because it’s is an extremely rare feat – four #1s in a calendar year. Cliff never managed it, The Beatles never managed it. The only other act to ever manage it are… (***spoiler alert***)… Westlife. Yep. In 1999. If you extend the idea of a ‘calendar year’ to being any twelve-month period, rather than insisting on January-December, then you can include The Spice Girls in 1996-97 and B*Witched in 1998-99. But… if you do that then you have to mention the fact that Westlife actually managed FIVE chart-toppers between April 1999 and April 2000.

But, without wanting to go all snobby and belittling of the achievements of these nineties popsters, the charts of the late-nineties were a completely different landscape to those of the early sixties: much faster moving, with a much higher turnover of #1s. Westlife’s five chart-toppers spent a total of nine weeks in the top spot. Elvis’s 1961 chart-toppers amounted to a grand total of eighteen weeks.

Plus… If we’re applying the Westlife-rule to Elvis we have to take into account the fact that ‘It’s Now or Never’ hit #1 in November 1960, exactly one year before ‘Little Sister’ / ‘His Latest Flame’. So, five number ones and a whopping twenty-six weeks at the top… Elvis wins! Hurrah! And just to prove he’s The King, the GOAT in the UK Singles Charts – like Lio Messi bending yet another free-kick into the top corner or Roger Federer lifting his umpteenth Wimbledon title – he’ll do it all over again in 1962.