Number ninety! If this was Bingo we’d be top of the shop. And to celebrate this milestone – a record I’d never ever heard before.

Here Comes Summer, by Jerry Keller (his 1st and only #1)

I’ve mentioned this a couple of times now, but what was quite common back when I started this blog is now pretty rare. I know more and more of these songs as we push on through the first flushes of rock ‘n’ roll and into the canon of pop and rock. So it’s quite nice to come across a disc that I have truly never heard of. ‘Here Comes Summer’? Nope. Jerry Keller? Who’s he?

Well, I think he may be related to Cliff. Cliff’s long lost American cousin, perhaps? I take it all back – what I said in my last post, and before, about US singers being intrinsically cooler than their British counterparts. Because this is a twee little number.

First things first – I quite like the riff that underpins this song. Though I’m not sure it counts as a riff, more of a chug. It’s kind of a proto-Beach Boys, gentle surf-rock lilt. If that makes any sense. And towards the end an organ comes in for emphasis, which is pretty nice. The backing singers are very ‘pre-rock’, but Jerry Keller himself is very clean-cut rock ‘n’ roll. And beyond all that… we have the lyrics.

What follows are lyrics about his flat-top (which I always thought was a type of open-top car – turns out it’s a short back and sides!), drive-in movies, (double features – more time to hold her tight!), sittin’ by the lake and meetin’ the gang at Joe’s Café. It is a song that drips images of milkshakes, preppy sweaters, ball-games and sock-hops on to the floor of the juke-joint until we are ready to drown in all the cuteness. 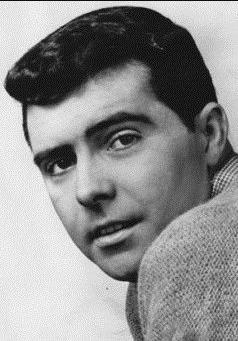 I guess, like so many of the cheesy sounding US-recorded hits that have topped the charts before this (I’m looking at you ‘Diana’, ‘When’, and ‘All I Have to Do Is Dream’) it appealed because it sounded really exotic to British schoolkids in, say, Scunthorpe, whose dads still had an Anderson shelter in the garden and whose mums were still darning tights.

The song finishes on a romantic note. Jerry has high hopes for him and his girl: If she’s willing, We’ll go steady right away… (Aww..) And then, with a Here comes summer time at last… we reach an abrupt end. Summer is over. And summer was truly over when this reached the top of the UK charts. On the 9th of October. When the schools had been back for well over a month…

This is a perfectly harmless, kind of cute little song that zips along nicely for a couple of minutes. Beyond that I’m not sure it has much of a wider significance. There are strong notes of earlier, preppy-rock (a new genre I’ve just invented) #1s such as The Dream Weavers ‘It’s Almost Tomorrow’ and Tab Hunter’s ‘Young Love’. Looming largest of all, though, is good old Pat Boone who, if Wiki is to be believed, was Keller’s friend from church and introduced him to his manager.

Jerry Keller is a one-hit wonder in the purest sense, in that he had had zero previous chart hits – in either the US or the UK – and would go on to have zero more. A 100% strike-rate for him, then. Well done! He’s still alive – aged eighty-one – and was apparently the go-to guy for TV jingles in the ‘70s and ‘80s! Well there ya go. Next up – a recap!